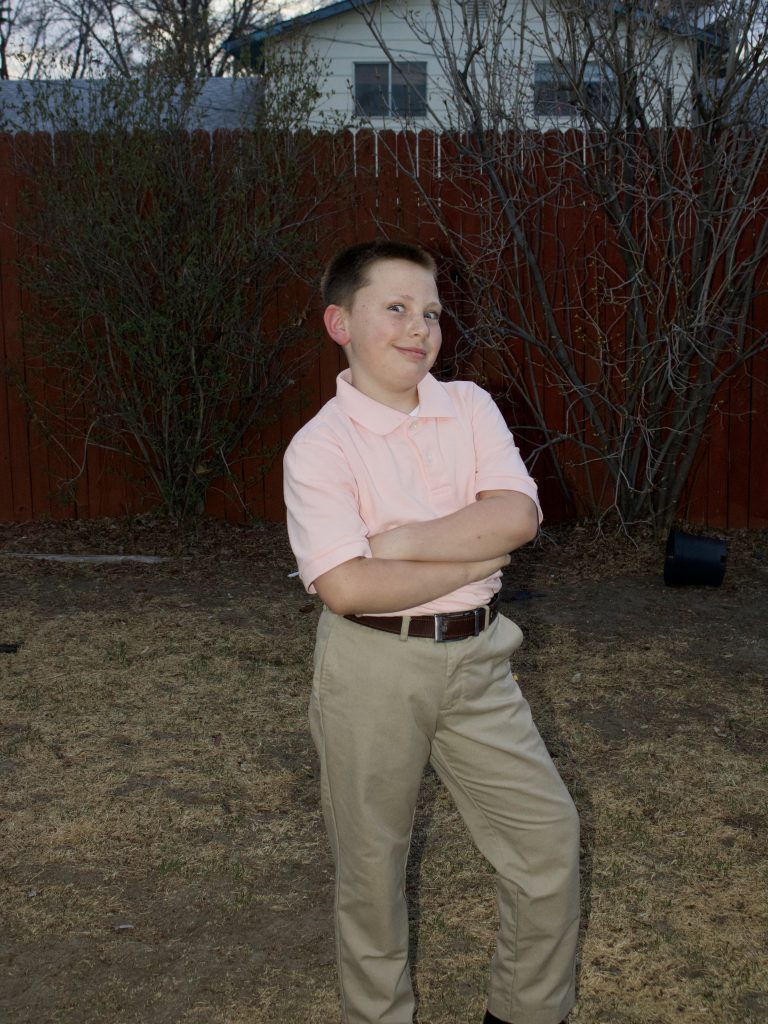 Hello my friends! I’m trying to squeeze in two blog posts tonight as I prepare for a short week at work and school. We are taking the blessings away for a quick overnight as part of their Spring Break and hoping to connect as a family!

Today is Easter Sunday. We were at Mass last night, which is a post for a different day, and today we spent the day with another blessing (our goddaughter) and her family. It was a low key day and the most relaxed I’ve been for weeks. As the adults sat around the table getting ready to play a board game, we were talking about E, his ABA and the strides he has made over the past few years.

E has Autism. There were years that we didn’t know why he behaved the way he did. He cried when he saw pizza (even a picture of it hanging up over the Sam’s Club cafe). He would eat the collars of shirts to the point that sweaters unraveled. He bit everyone and NOTHING got through to him. Those were the early days… The days we had tons of questions and no real answers.

E was almost 4 when he started therapies for Sensory Processing Disorder and 6 when he was official diagnosed with Autism. We held off on diagnosing him because we knew that stigma, preconceived notions and closed doors would meet him the rest of his life. We got the official diagnosis and started working to get his ABA started. Impulse control, single mindedness, shutting down when he was met with an obstacle these were things we dealt with daily.

At three, he would get so angry and not have the words to share his frustration. So, he would throw tantrums. Tantrums that would make him unsafe as he threw his body around the room trying to figure out how he could communicate. It was miserable and heartbreaking. Imagine not having the ability to share your problems, your concerns. This was E’s life.

It was two sides of a coin. That was one side.

The other side of the coin was E being so exuberantly happy that he would lose his mind. It was almost as exhausting as the angry frustrated side! I can remember surprising him one day when he was four with a trip to the ice cream parlor. He excitedly (and loudly) talked about the flavors and how good it would be. Unfortunately, not everyone appreciated his enthusiasm and two ladies told me I should keep my son quiet. I was shocked, embarrassed and ordered the icecream to go instead of sitting there making their experience any worse. If I had someone tell me that today, I would be turning to them and pointing out that we were in an icecream parlor and if you don’t want to see kids don’t go where parents take them. I find it incredibly ironic because I’d have loved to of had him quieter, but there was no way for me to achieve that.

Today, our son is still exhausting during situations, but we are incredibly blessed. We are blessed that ABA has been effective in our life. E is back and integrated into a main stream school as of the middle of last month. He recognizes sarcasm about 60 percent of the time. More importantly, he works hard to adjust to social norms. Those people that he is still loud and boisterous or super sullen with, they are the people he has created bonds with. He doesn’t have to be “on”. Being on is exhausting and hard work, but I am so proud of him and that work.

Meanwhile, there are many families who are dealing with Autism. Each of us has our challenges and some may have far harder ones. I dream and pray for the day that E will be able to go to college or even live on his own. I pray that he continues to grow and that may be a real possibility. There are families who have to make other choices for their little ones, who have to decide where these children will go when their parents are too old to do so.

For me, Autism Awareness means that we help the world become aware of children all along the Spectrum. That we recognize that these kids may not find the same things interesting or exciting, some may even be scary. Somebody generously gave us tickets to a race car race and E was so very excited, until the noise started and we left inside of ten minutes. We didn’t see a fireworks display in person for years, because the sounds were terrifying (although the lights from far enough away were exciting). Every single time we go to the Science Museum, we spend more hours in the Dinosaur Exhibit than all other exhibits combined. Because when we raise awareness, we make the world a little safer for them.

I’ll leave you with another E moment…

Recently, we were driving and I told the kids how much I love them and how grateful I am for them every single day. A told me, “I love you too Mom.” E was quiet for a moment and then said, “I wonder why they named that place Car Toys, they don’t sell cars or toys.” He was completely oblivious to the fact that reciprocating the affection might be nice. His ABA told him that it would be nice to acknowledge what I said. Those are my Autism Moments.

Tonight, I pray for the mommas who are living with their own variety of Autism. No matter, what your child’s situation is, it is unique to your child, and you have an army of people behind you.