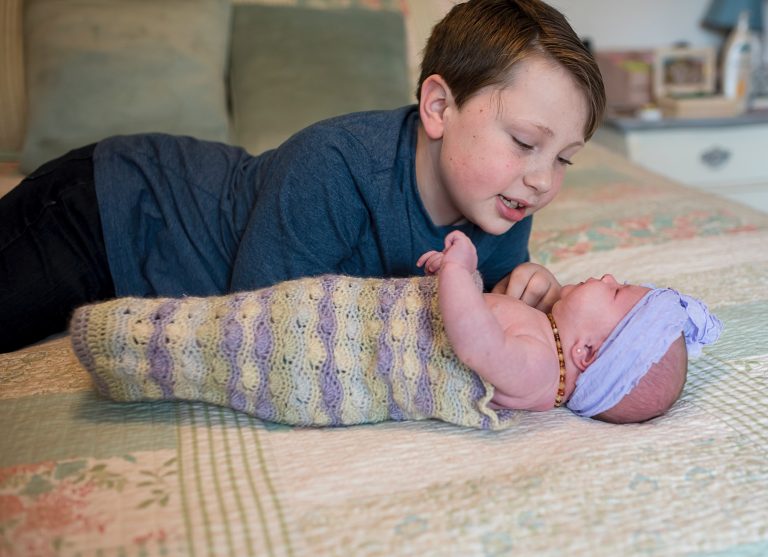 I actually have a bit of time with just me and C. This is unheard of in the summer months, but A & E are off at church and I am here with a sleeping C in her Ring Sling waiting for Hubs to get home (or me to head to the grocery store when she wakes up). There may even be some popcorn at my side (these are so yummy). Hey! Nursing mommas need those calories! It may also be because all of my meals have been on the run today, so my caloric intake has been that of my friend’s vegetable loving 5 year old.

I may have found an unexpected consequence of E learning ASL. A lot of blogs and reports show that children with special needs do well learning ASL because their language is often delayed or nonexistent. I have friends with children living with Down’s Syndrome who have had this suggested to them. So, when we decided our family was going to become bilingual, I genuinely believed this was going to be excellent for E! (If only I could patent these rose colored glasses! My husband wouldn’t have to work.)

E has always been communicative. It’s part of why Autism wasn’t on his pediatrician’s radar in the early years. My husband and I are communicators and A had a huge vocabulary by 3. E just followed suit (even if others couldn’t always understand what he said). He was slower than A – but seriously this kid once tattled on a class mate, “Excuse me, Ms. B. Classmate is being insubordinate because he has chosen to disregard your direct order.” THAT WAS PREK! Nobody should be held to that standard.

When E is angry or shuts down there is radio silence, but for the most part we get some words after a while. So, no major complaints about communication here. (Moms out there – those shut down tantrums are exhausting aren’t they?)

We have been learning ASL for about two months now and he is capable of fingerspelling everything and can converse sparingly with actual signs. Not bad, right? In theory, no. In practice, the unexpected downside is that E gets angry and now will seriously SHUT DOWN.

He refuses to verbalize.

As in, I will speak to him. (Today’s conversation…)

“E, I need you to speak when signing. It is important that C learns the word and the sign together.” Signs “NO.”

ABA comes in the room. E begins to sign ferociously… “Go. I don’t want to see you.” (He was embarrassed because he had lost his temper and shoved her.) I translate.

You get the idea. GREAT.

This was so not the intended outcome.

The ABA says we have two choices. The first is to ignore the behavior and insist he verbalize when upset. The other is for his ABA’s to learn to sign at least some. SO my quandry is two-fold…

I guess my life just got a bit more interesting. As I type this, I can’t help but see a positive aspect about this (probably because I need to find some good with a frustration level of 10,000). What, you might ask?

Looks like we will be communicating in ASL a LOT sooner than I expected!