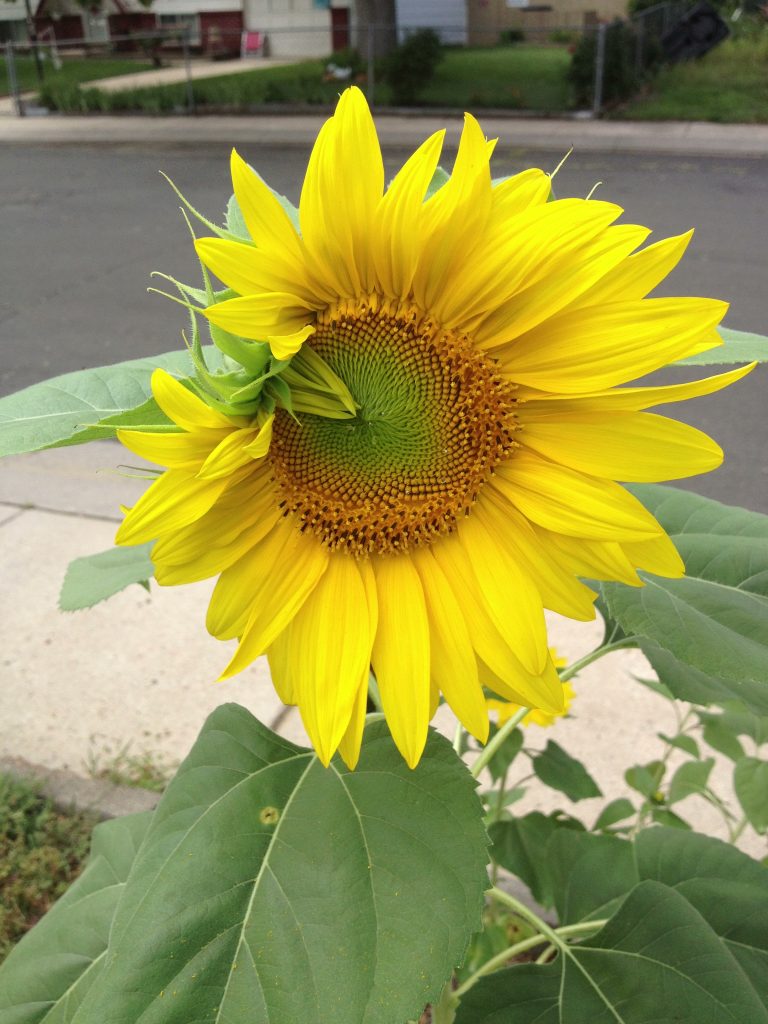 Bloom where you are planted.

Sunflowers are these beautiful, bright flowers that grow all over where I live. They have always been my favorite flower. You see, it doesn’t matter what kind of soil a sunflower seed is planted in, it will thrive. Sunflowers overcome adversity. Every single time I see a sunflower, I smile. “Good for you.”

I’m writing this as we prepare to send E back to school. He will be in the Third grade and school has been a journey for him. He spent Preschool and a year of Pre-Kindergarden at the small Catholic school A attends. He started a second year of prek because we decided that he was not behaviorally ready for a full day of Kindergarden. This is a process known as redshirting. Unbeknownst to us, E began to have issues (outside of school) that caused his behavior at school to escalate to an unacceptable level. So, after a few months of the problem behavior, he was removed from school.

From there, we had him at home for a month while we were working on diagnosis’ (he had only been diagnosed with Sensory Processing Disorder at this point) and how to handle things. He was put on Intuniv to help him with impulsivity as we had no idea where the problem behavior was coming from. We then put him in the local public school as a Kindergarden student. It was only two and a half weeks before Christmas break, but we wanted him to get an IEP and knew that the public school was the best place for that.

An IEP, or Individualized Education Program, is a program that identifies what help children with special needs require to succeed in school. E was evaluated for an IEP and the school reviewed his results along with the information provided by his Neurotherapist. It was decided that E did not qualify for an IEP because he was smart. You see, E’s problems were not effecting his ability to learn. If five weeks he had completed the entire Kindergarden Math curriculum. No other student in the class had done this, and he came into the school year months after every other student! It was decided since his special needs were not hindering his education he would receive a 504 plan instead.

The 504 plan meant that the school would make accommodations in order for E to continue to participate in the regular classroom. These consisted of always having him sit at the end of the row or that he could be at the front or end of the line (so that he would not become overwhelmed). This helped to a certain extent, but not enough to stop the behavioral outbursts which were becoming very problematic. At the end of the school year we were not sure what we would be doing for his First Grade year.

Over summer that year we began to gain a better understanding E’s behavior outbursts. As a result, we made A LOT of changes in the house. As a family, we were shook and did not know where to go exactly. He was also diagnosed with Autism, at the age of 6. We know that the earlier a child is diagnosed the more he or she can receive therapies to prepare him or her for school life and the outside world, but this really isn’t that uncommon. It was a very tough summer, and I felt so isolated.

We chose to homeschool him for the following year, even though I was working outside the home. My boss was moving everyone to home offices and so E could be with me (and we were hoping we would get ABA support). I bought the Seton curriculum because I was familiar with it and prepared for a new chapter. I was worried about how to balance everything, but we found an inclusive homeschool group and I started planning my days around therapies and work meetings. To my surprise, E was relieved. He didn’t want to be away from me and was having major separation anxiety, so this was exactly what we needed while he began the healing process.

Fast forward two years and E frequently expresses interest in returning to school. He is no longer happy being at home and working through his lessons with me. He craves the interaction that school would afford him. Last school year, we began having conversations with the Catholic school A attends about him reentering for a few classes. After what felt like forever, three weeks before the school year began, we were notified they would accept him back to school for half days! E was so happy when we told him that he cried tears of joy.

Now that the joy has been experienced though, he is feeling a lot of anxiety. He has more outbursts this past week as we practice, practice, practice appropriate school behaviors with his ABA. Things like raising hands, sitting still, not answering every question are foreign to him and we don’t have a ton of time to prepare him for those aspect of Third Grade. I’d be lying if I said I wasn’t a bundle of nerves. I know he is afraid of failing or being rejected. It breaks my heart.

So I pray and I ask you for prayers that E will bloom where he is planted.

*I have been asked for my perspective on what schools are best for children with Autism. There are a lot of different options available depending on where a family is located. Homeschooling E allowed him to truly connect with me and learn to trust me after his trust had been violated. I do not regret it but it is draining. Private schools sometimes lack funding for programs that could assist families with special needs, but they often make up for that in caring for the child. Public schools often have programs in place that can assist your child in ways that the other options are unable to. Ultimately, it is a decision each parent must make. Just don’t forget that these aren’t permanent decisions. What works one year or for one child may not work for the next. Allow yourself some grace.