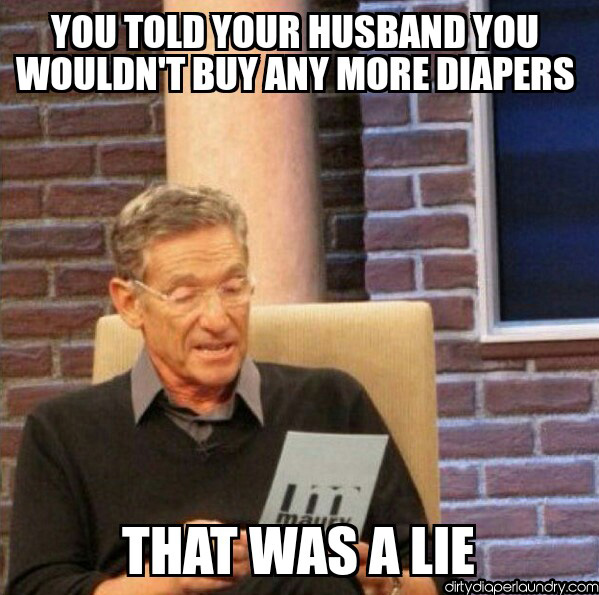 “I feel so violated.” This was the yell that ended cloth diapering with E when he was about 10 months old. Hubs had gone to change his diaper and it wasn’t a fun one. He asked what he needed to do and I told him the routine. That night we went out and bought a box of Pampers. Hubs was DONE. I kept trying to cloth diaper, but when Daddy came home the cloth went off and the disposable went on. I eventually thought, “Why bother?”

I’m pretty sure that when hubs agreed to try cloth diapering again with C, after a miserable and failed attempt with E eight years ago, that he truly believed we would be saving tons of money. In order to do that, I probably should stop buying diapers. hahaha…

That’s  not going to happen.

It’s been about a year since we went through and invested in our starter system. We decided to go with Best Bottoms because it didn’t scare Hubs. When you have a husband who will change diapers, you take his opinion into account. It was a lot more fun picking out shells than it had been with E. There are a ton of cute options and prints.

By the time C came, we had a full system with holiday prints and I was thrilled to get started. Hubs insisted on using the disposables we got from the hospital until we ran out. And then I had a blowout at 7 days old. Was Hubs there? Nope? Did I put on another disposable? Absolutely not!

Now, we are a little over six months in and Hubs is completely on board. I’m in love and weirdly dreaming of having more babies to cloth diaper. I blame it on the lack of sleep. I thought I’d go ahead and share some of my experiences because…

Experience is a great teacher.

So, Hubs would not even consider anything other than the Best Bottoms system because he saw it as pretty easy. Just unsnap the old insert and pop a new one in. He was right, it is a super easy system at home and there were days that we might only use three shells with a dozen inserts. but… All the blogs I found on starting out cloth diapering say the same thing, don’t get an entire system of one kind straight off the bat. Babies change, your preferences evolve, and diapers can be pretty expensive.

Honestly, if that dream baby comes about, I won’t change a thing about my early diapering system. We had about 20 shells and 30 inserts. My breastfed baby would poop several times a day, so we needed more shells to make it two days between washes. The thing is that even when that stopped being the case, Hubs was still changing the shell and insert at the same time. I immediately asked myself, “Why are we not using All-in-One’s?” I liked the Best Bottoms system though and stuck with it (why spend extra money when I didn’t have to?).

Then, Little Miss C started sleeping much longer at nights. The hemp doubler with the shell and insert was not enough to hold everything for the ten to twelve hours a night we were going. I was changing my sheets and washing them every two or three days. That was not going to work for me. Just in time, Best Bottoms came out with the Bigger Best Bottom and the Best Bottom Heavy Wetter. So, I invested in a few of those. They worked really well, but now I was really AIO curious.

Meanwhile, C is huge and started showing about an inch of butt crack with her regular Best Bottoms. I needed to come up with something because we were one blowout away from a pooplosion. I kept looking at options and bought a few extra of the Bigger Best Bottoms to tide me over. Hubs kept using them as AIO’s and honestly, I don’t love doing diaper laundry every 36 hours so I needed to do something.

My “gateway” AIO was a Bumgenius Freetime that I bought used from a local shop. I pretty much loved it. Then I saw a few Smart Bottoms prints with foxes. Ever since “What Does the Fox Say“, Hubs has been obsessed with foxes. So, I got a few of this brand. Hello! Hello! I love the outer fabric and prints. They feel a bit more refined than a lot of the Best Bottoms prints and the organic fabric is super soft. The Smart Bottoms Dream Diapers felt like a great mix of a Best Bottom and a traditional AIO and a Pocket. (Hurry and click on that link because the originals are on clearance for cheap!) As a plus, Smart Bottoms, like Best Bottoms are made in the USA.

Now, a new obsession has been born.

My best advice? Seriously, even if you are sure that you will be wanting a specific diapering system, buy at least one in several different systems so that you can figure it out for sure. Diapers maintain their value pretty well, so don’t be afraid. For us, at home we use Best Bottoms AI2 because they require fewer shells and really are easy and user friendly. Out and about I only pack AIO’s because with a wriggly baby on a public changing table momma doesn’t have time to snap and unsnap inserts.

That’s just me. Do you cloth diaper? What systems do you like?