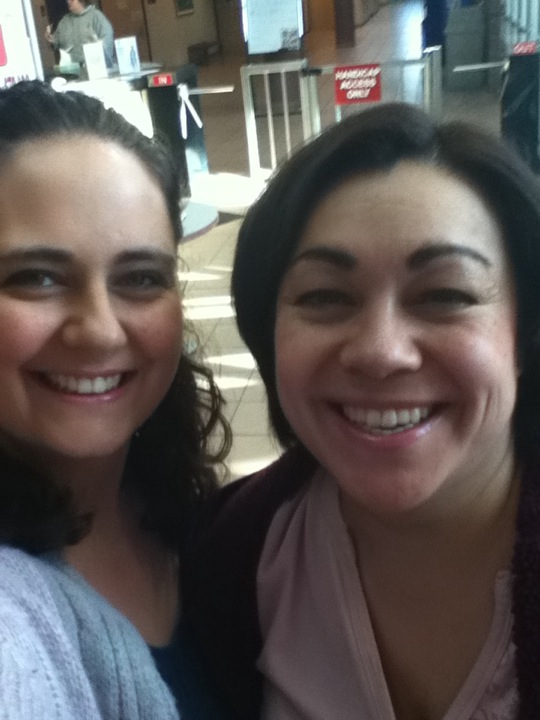 That journey into motherhood isn’t always smooth. Quite often, there are many bumps, scrapes, bruises and even some broken bones along the way. I don’t know anyone who describes motherhood as glamorous.

I also don’t know anyone who describes it as alienating.

As a new mom, and a fairly young one, it was really tough finding other individuals in the same “season of life” who I could relate to. I found friendships where I could, trying to create play dates for A and community for myself. It wasn’t easy. More often than not I was lonely. My guess would be a lot of new moms feel this way.

Shortly after E was born we moved and I found a group of women through Toddler Playtime. It was fantastic to have play dates and dinners. We even created a craft night. The only problem was that the older E got, the harder it was to participate. People don’t like it when their kids are repeatedly bit. We had no idea what was going on, but it hit the point that after about a year, these were not the women I could regularly spend time with. E was unruly and we were all very much at the same place in our lives, meaning we lacked experience. These women were my friends but they would not be my tribe.

It took years for me to begin to form a tribe. The first member came as a result of deployments and PreK pickup lines for A. There is a really funny video about “mom dating“. It is also pretty accurate. There is so much anxiety, at least for me, as I feel out new moms and wonder if they will become my friends. Now that I have a few tribes, it isn’t as big of a deal, but I still feel it. So here are some things that I have learned.

What the heck am I talking about? When I say substance I mean women who add value into my life – not my bank account. These women may provide sanity checks, “Under no circumstances should you enroll in that course. Something will be dropped and that something will be your sanity.” They may give me a chance to vent. They may be the friend who texts me weekly just to be sure that I am healing okay. Some are POC, some are educated, some are Pagan… The thing that each of these women have in common is that they are confident enough in themselves to love me and not see me as threatening and that when they speak… I stop and listen. It took me over ten years of momming to really feel like I had a tribe. I’m so glad that I have found them and I am thankful for the deep conversations, the intellectual challenges, the it’s going to be okays and the fact that I can be who I truly am with them.

The takeaway – I didn’t meet the first member of my tribe until I was 24 – almost 25 – and I met the latest inductee after I turned 30. You will find your tribe, be confident in that and how great you are. My tribe had to teach me that I was really great, don’t wait for them to learn that for yourself. – Oh and in looking through my pictures for this post I realized I have very few saved of the women who mean the most to me. So, don’t do that to yourself!