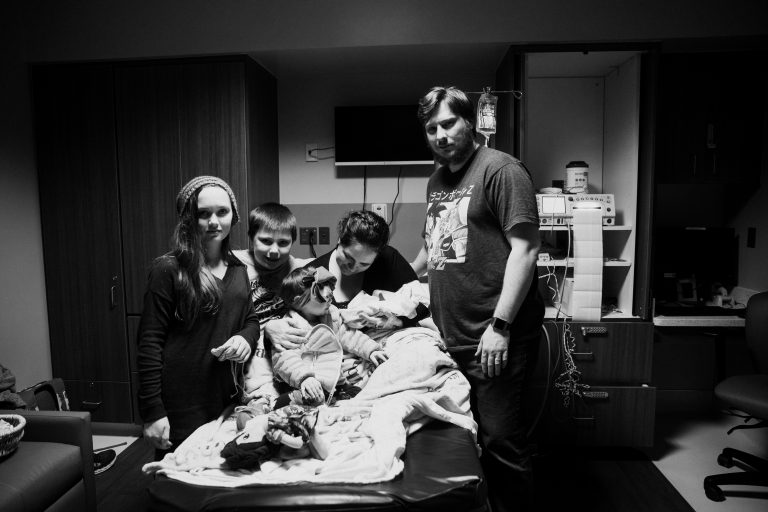 When I began this blog, I decided I would not share my children’s full names. I’m breaking that rule today.

Change, 2018 ended with so many changes. I had run for office and loss. I found an outlet to share my story on a larger stage – to advocate for families and children. We were homeschooling A and E and it was working out. Hubs had started back to school and was working towards a degree he was excited about.

We were going to have another baby.

Pregnancy has never been easy for me. I was labeled high risk with A and I’ve never managed to yank that one off. This pregnancy had me in the hospital two days before Election Day, threatening miscarriage. I had an issue that made me bleed and an infection. I was out of the hospital by noon and out walking and campaigning at 2pm. The doctors said there wasn’t much to do and so I just kept going.

The election came and went and we announced that there would be a fourth blessing. Hubs desperately wanted another boy. We had two girls and a boy, so it seemed perfect to him. I’m always a bit more logical and with C being a little girl and needing to share her room, I thought it would be good to have another girl. Of course, as I have said so many times before – when you have this many losses you are happy with whatever you can have.

From your very first miscarriage, you become a bit scared of being pregnant – of something happening to the baby you carry. By the time you have had eight miscarriages every odd feeling, every cramp scares you. I do everything I can to be healthy. I watch what I eat. No sips of wine, no second hand smoke, no heavy lifting… My life gets pretty boring.

On top of that, my doctor realized that the reason I kept miscarrying was at least in part due to low levels of Progesterone in pregnancy. So, my pregnancy’s include injections, lots of injections. I drove Hubs crazy when I was pregnant with C. Up until Week 14, I would quote the risk of losing her. He was convinced that we had been blessed and would continue to be. With this baby, I just kept the numbers to myself.

I allowed myself hope. Hubs was convinced that getting past that first trimester, everything was destined to be okay. I guess I let my guard down and I became a bit convinced too. The risk was behind me and I could be happy.

“Friends… I’m coming to you asking for prayers for our family as we navigate the upcoming days and weeks.

Yesterday, I hit twenty weeks. Those of you who know me know that I am a numbers person and with all of our losses I could quote off the risk at any week for me to lose a baby. At twenty weeks, you are pretty safe. We had about a 1% chance of experiencing what we are now facing.

Doctors believe that on Monday, our little son’s heart stopped beating. We woke up to him kicking on Sunday morning and Sunday night after my OJ and meds his movements were felt as well. Monday night, he was still, but we had already scheduled our twenty week ultrasound for Tuesday and I refused to worry (although James will state I was high strung).

It is odd because as the ultrasound tech was making measurements I thought to myself how wonderful it must be to have her job and see all of the joy of parents at their children and then in a flash I realized that she must also witness unbearable heartache. She pointed to where our baby’s heart should be and said that there should be color indicating movement. The last twenty-four hours have been a blur as we began to make arrangements for this reality.

It is not lost on us that we learned of this loss on the 46th Anniversary of Roe v Wade and the day that New York Legislators extended abortion rights. Make no mistake. We are not losing a fetus. Our clump of cells did not die. We have lost a baby, a son who we wanted and will mourn forever. Our children are now faced with experiencing this loss and burying their brother. I have said many times this past year that Roe v. Wade will not change legislatively. This is something our hearts must recognize on a person to person level. I hope in some way our experience will help someone some day recognize the value of all life, not just those who were wanted.

Pray for our family, but most especially my husband. Every previous loss was before he had felt his child move within me. This is devastating.”

Part 2 will cover the immediate aftermath of this loss and how I am handling this now. My husband’s story is his to share if and when he is ready.